Today in Nashville, more than 7,000 language educators are gathering for the American Council on the Teaching of Foreign Languages (ACTFL) Annual Convention and World Languages Expo.

The Convention lasts three days and is the pre-eminent national event for world language teachers. K-16 educators come together to hear knowledgeable speakers address the challenging issues of the day, learn innovative classroom techniques, and discuss emerging trends. Educators fill their days by attending plenary sessions and workshops, catching up with colleagues from across the country, and strolling through the Expo, which hosts more than 250 language learning organizations.

Everyone who attends shares a common goal: Inspire more students to study languages and help those students become proficient in at least one other language. This event brings together an awesome and inspiring number of people who speak at least one other language. What motivated these people to first pursue language study, and then make a career out of it? Some grew up speaking two or three languages at home. Some had a language other than English as their first language and then studied English. Some were fascinated by a place they had visited, or had read about in a magazine or book they discovered in a library. Many others were inspired by a language teacher in school.

But they are clearly in the minority. Millions of Americans see no point in learning another language citing the fact that English is spoken all over the world. Why put in all that time and effort when you don’t have to, they ask.

“Learning another language is one of the most rewarding things a person can do,” says Christine Schulze, executive director of Concordia Language Villages. “One doesn’t have to become fluent to begin reaping the benefits. In fact, in an immersion environment, communicating in another language can come surprisingly quickly for young learners and adults alike. That’s the good news.”

According to Schulze, there’s even better news: There are numerous ancillary benefits of learning to speak another language, even at beginner levels.

What makes Schulze an expert? She’s spent her 40-year career at the world-class Concordia Language Villages, a Minnesota-based leader in immersion language and cultural education that boasts nearly 60 years of teaching language and cultural immersion in 15 languages to youth, families and adults. Concordia Language Villages is one of the 250 organizations that has a booth at the ACTFL Expo (Booth #315 by the main entrance) and will be showcasing its brand new “Why Learn Languages” campaign with posters, giveaways, a Twitter contest and more.

And what teacher doesn’t love a colorful poster to hang in the classroom or in the halls? There are plenty of these and not just for those languages typically taught in school.

Regardless of what reasons one might respond to for learning one individual language, Concordia Language Village offers a number of reasons to learn any language. They are:

1. Open more doors for yourself. Learning another language opens doors into other cultures and communities and fosters friendships and opportunities. The further along the path of language acquisition you travel, the wider these doors swing open—and stay open for the rest of your life.

2. Keep your brain revving in high gear. Studies have shown that the process of learning a second language improves memory and attention overall by 20%. For young linguists, math skills have been shown to increase by 12.5% and standardized test scores by 10%. In older bilinguals (and multilinguals), the likelihood of Alzheimer’s and dementia decreases later in life since their brains retain higher executive function.

3. Enhance your job prospects and earnings potential. In today’s increasingly global marketplace, the ability to communicate in another language makes you a more attractive job employee. This is reflected in an increase of 160% in the number of job ads seeking bilingual candidates.

Chances are that you will be dealing—in person or virtually—with clients, suppliers or colleagues who speak other languages. In addition, labor statistics show that people who speak a second language earn up to 20% more over the course of their career than those who don’t.

4. Travel with more confidence and derive greater personal benefit from those travels.Even a little understanding goes a long way in helping figure out where you are, what you want to do, and how to best go about doing it. The more you know, the more you can absorb from the experience—and especially from the people with whom you are interacting.

5. Better understand cultural contexts. Acquiring language skills is more than just learning vocabulary and grammatical rules; it’s learning how to communicate. To communicate well in any language requires a solid grasp of cultural nuance and meaning. Without it, you won’t know which words, phrases and gestures are appropriate (or not) for any given situation. Being able to greet someone with the proper degree of respect or familiarity is a critical skill, which is just as important as the ability to identify blind spots or stereotypes in portraying historical and current events in other cultures and your own.

6. Connect directly with the branches on your family tree. For some, the connection will be as close as grandparents still living their original language and culture here in this country. For others, it may be more distant relatives who chose not to emigrate. For those who no longer have any direct connections with their ancestral country of origin, learning its language enables you to better understand your cultural or ethnic heritage.

7. Better understand recent immigrants in your own community. This is especially true if the language you are learning happens to be their language. But even if it isn’t, just appreciating the fact that newcomers speak another language enhances your ability to relate to their experiences, empathize with their challenges and celebrate their accomplishments. With an estimated 20% of current American families speaking another language at home, this understanding has become increasingly relevant.

8. Become a better communicator. Learning a second language compels you to listen more carefully: Your abilities are limited, so you must pay closer attention as your ear learns to listen on a different level. Likewise, you think more carefully about what you are going to say and how you are going to say it, circumspection that inevitably then gets applied to your English-language communications as well.

9. Think more expansively about the world. In a way that is not that different from traveling beyond your borders, learning another language takes you out of your comfort zone. Learning another language helps you to stand in someone else’s shoes and experience a different perspective by challenging your framework of beliefs, values and attitudes. It helps to broaden perspectives beyond your personal framework, dispel prejudices and be open to alternative beliefs—leading to the development of cross-cultural, interpersonal skills.

10. Learn more about yourself. This can occur in a number of ways, but most typically as a consequence of the experiential opportunities made available to you as a result of having learned that second language. It is frequently said that you only get to lead one life; but speaking another language allows that one life to have multiple paths. 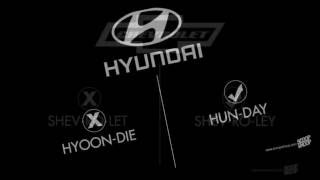